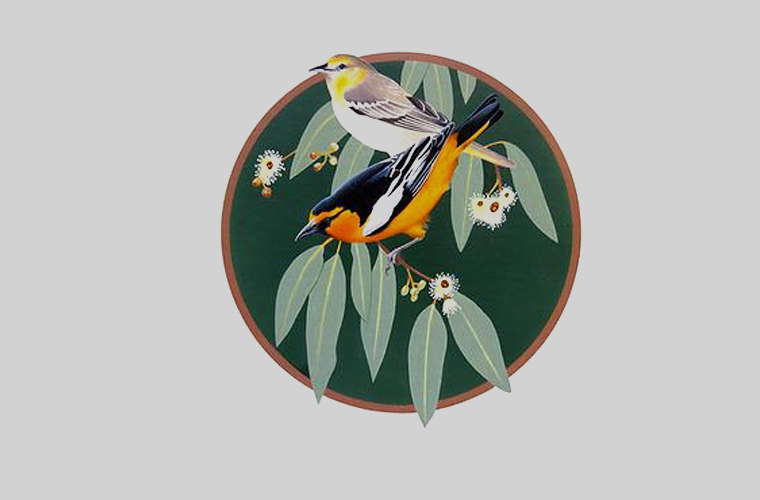 The 19th Annual Central Valley Birding Symposium was held November 19-22, 2015. The program kicked off Thursday evening with a great mix of photos by Ed Harper and audio recordings by Ed Pandolfino highlighting the diversity of birds and habitats in the Central Valley. An early morning start saw field trip participants heading in many directions: north to the Sutter Buttes and Colusa NWR to near Los Banos in the south, and the foothill margins on both sides of the Valley. The ever-popular photo ID Panel was followed by Steve Howell’s expansive talk, Shift Happens, on the hows and whys of bird vagrancy; it’s far from random.
Saturday morning began with local field trips, followed by two popular workshops: Image Editing by Bob Steele and Bird Sketching by Keith Hansen. Philip Garone, author of The Fall and Rise of the Wetlands of California’s Great Central Valley, highlighted the dramatic recovery through restoration efforts and bird-friendly farming practices of a significant portion of the wetland habitat that was lost when the Valley was so greatly altered to meet human needs.
CVBC Bulletin editor Dan Airola received the Club Service Award and a lifetime membership during our lunch/annual meeting in recognition for his work on the Bulletin and conservation efforts for Purple Martins and Tricolored Blackbirds. Dan, building on the expanded special issue of the Bulletin focusing on the Status, Ecology, and Conservation of the Tricolored Blackbird, organized a mini-symposium on the topic, with contributions from Samantha Arthur, Ted Beedy, and Lowell Young. Beginning birders had the opportunity to join Sal Salerno’s class and after-lunch field trip. The day’s program ended with an excellent talk by Kate Marianchild, author of the Secrets of the Oak Woodlands, on the interrelationships between birds and their habitats among California’s oaks. Before Sunday’s local field trips capped off another great event, participants had the opportunity to join Jim Burcio of the Pacific Flyway Decoy Association to carve a life-sized Greater Yellowlegs. Two of the world’s premier bird experts concluded the morning’s talks, with Steve Howell’s 12-Step Program on Bird ID and Jon Dunn’s Shorebird ID Workshop. As always, the CVBS was a great opportunity to check in with old friends, see and purchase the latest offerings of artists and vendors, and learn more about birds and their conservation in California’s Central Valley. 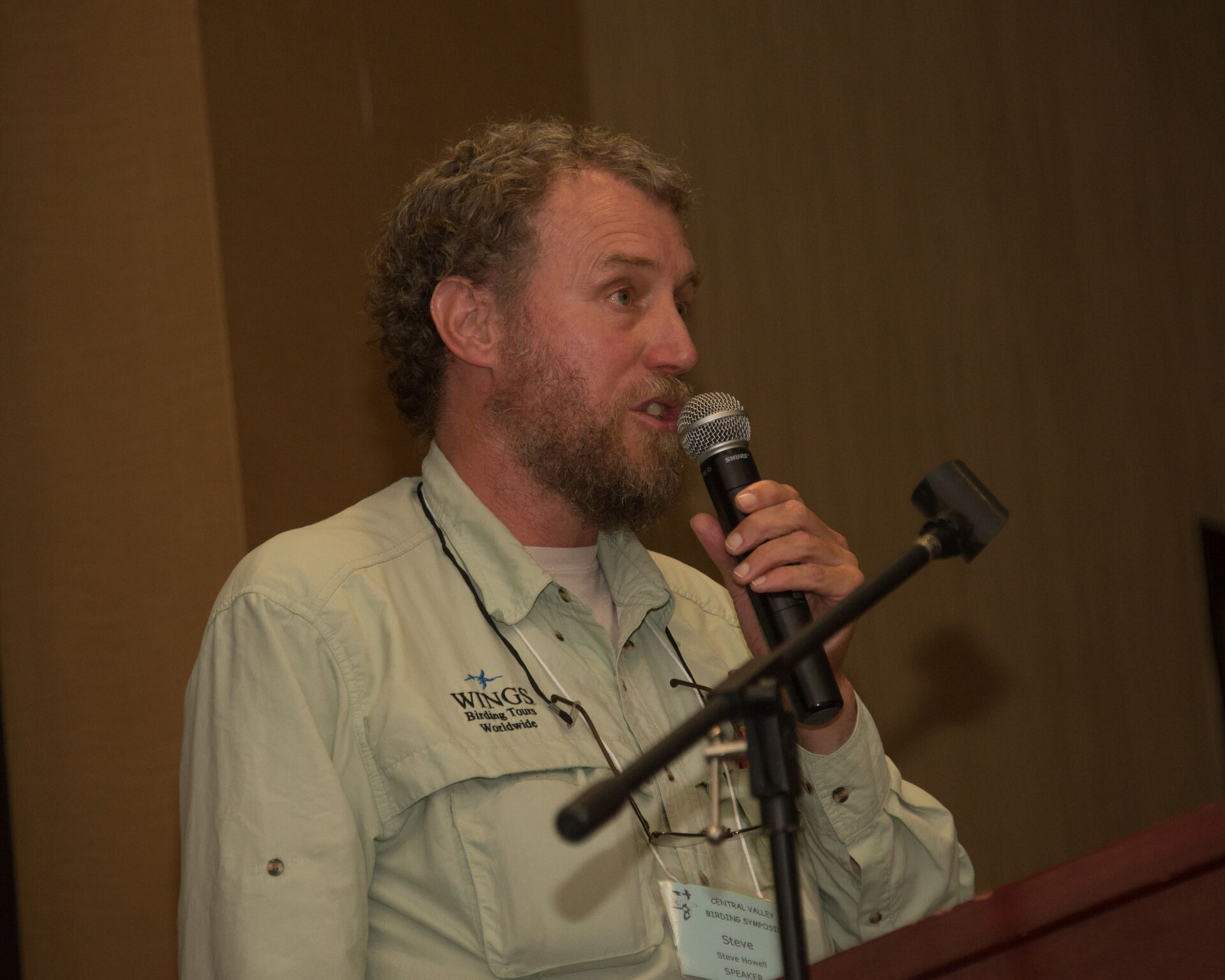 Steve spoke on Shift Happens, the hows and whys of bird vagrancy; it’s far from random. 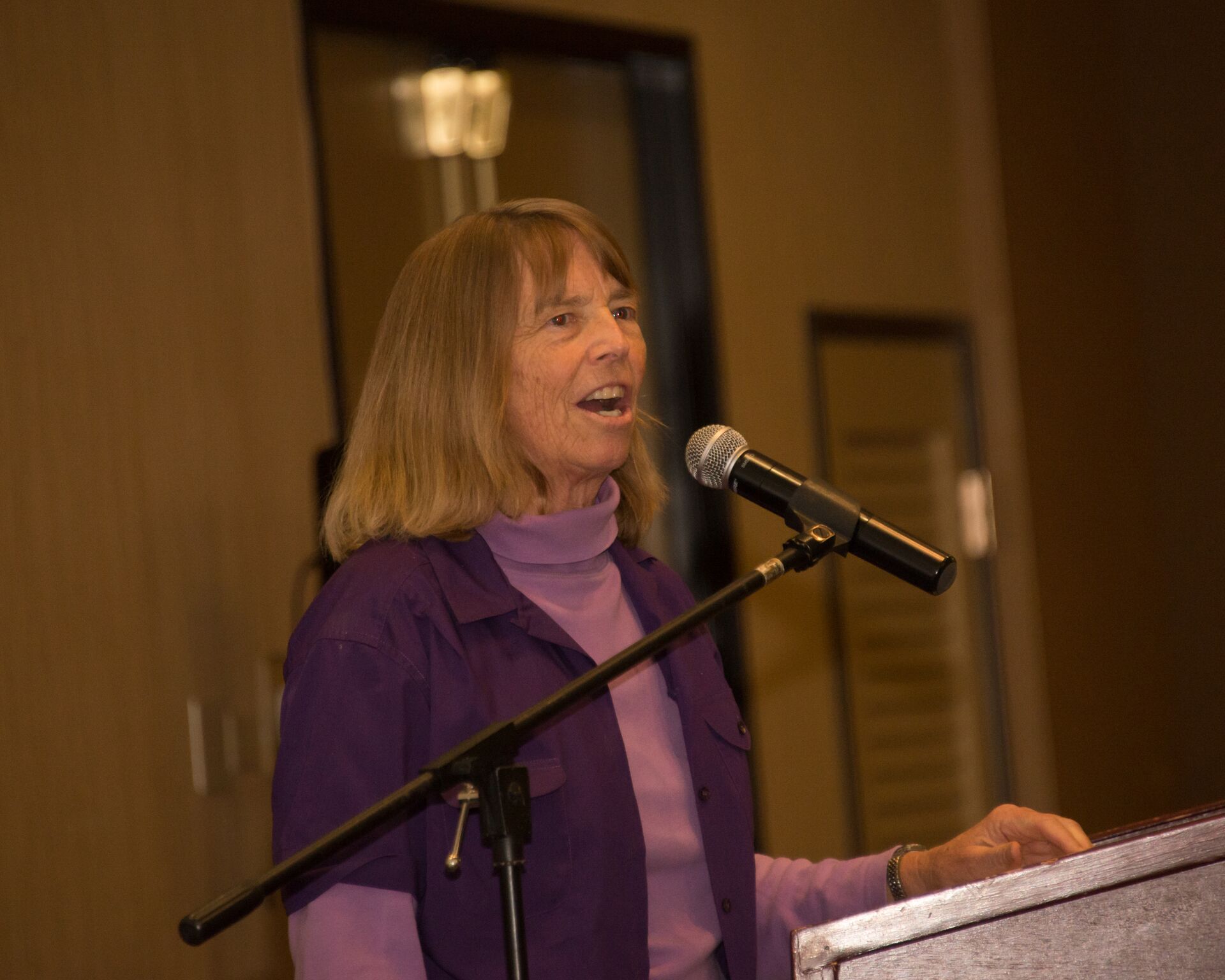 Kate spoke on the interrelationships between birds and their habitats among California’s oaks. 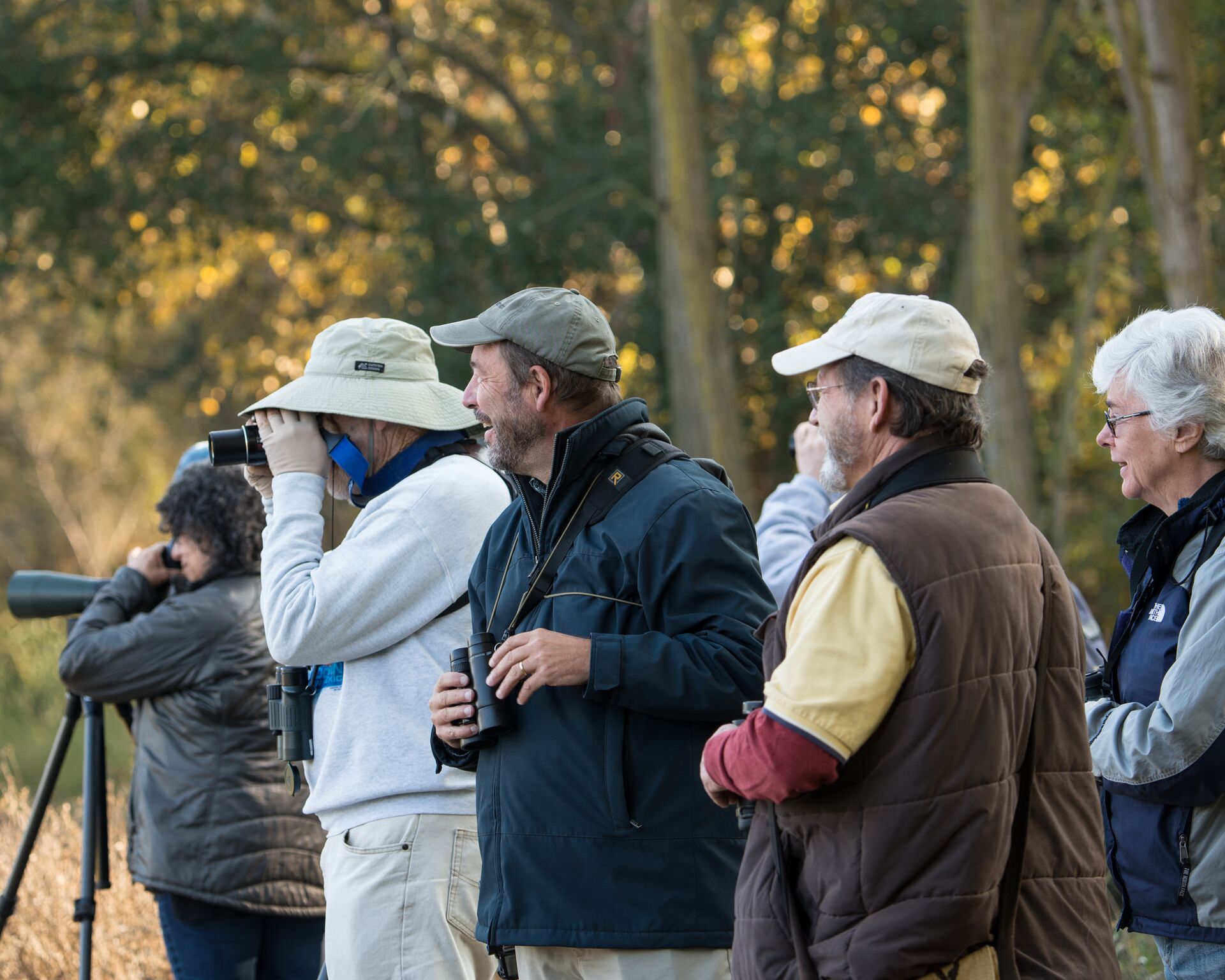 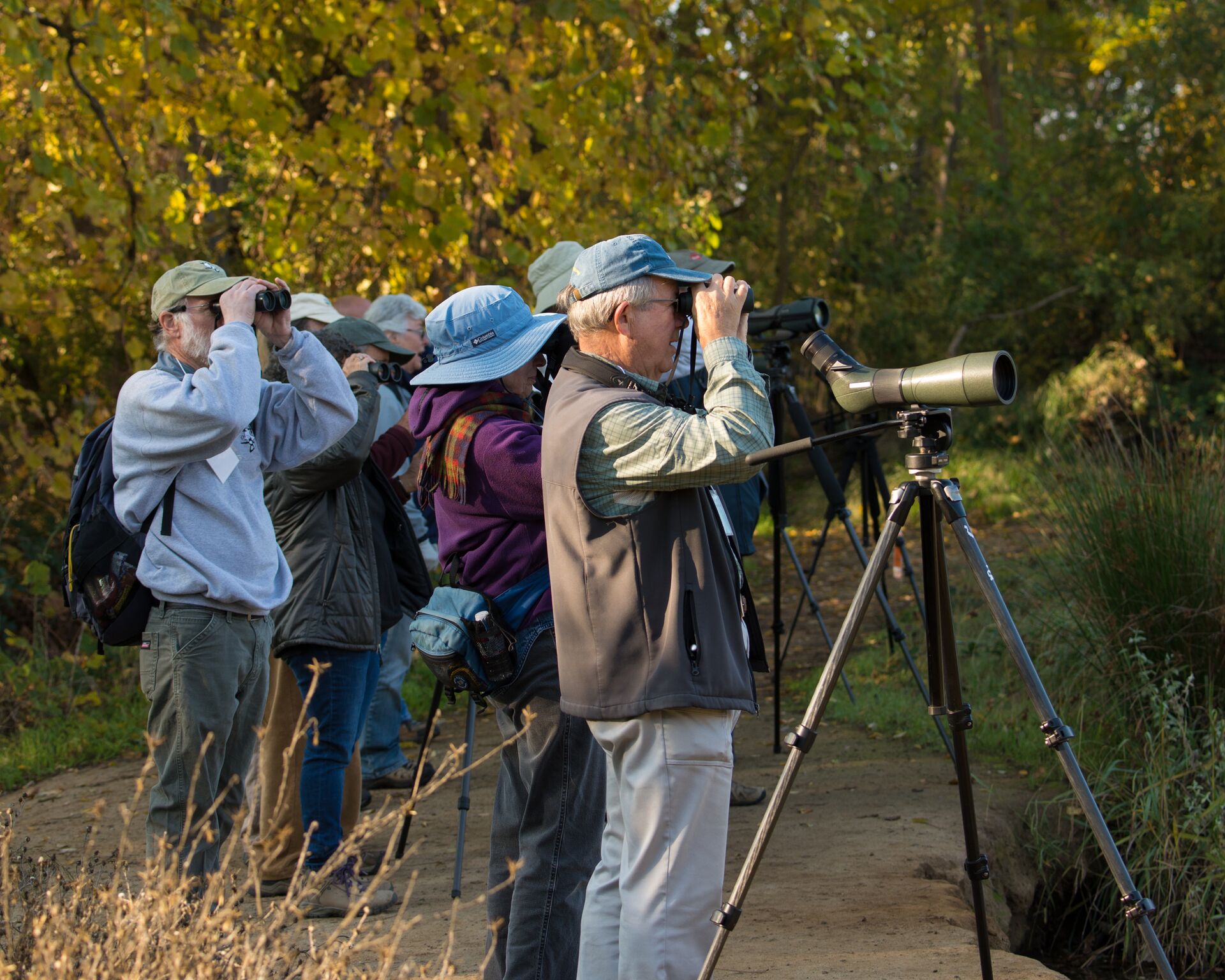