Life Under the Fast Lane

Life Under the Fast Lane:

Life Under the Fast Lane reports on 20 years of study and conservation efforts for the unique population of Western Purple Martins that nests in bridges in urban Sacramento. The Purple Martin, a state Species of Special Concern, has declined throughout California. The Central Valley’s last population has persisted in Sacramento but is rapidly declining.

The book presents detailed information the species’ history in the region, its ecology and current population status, and the dramatic recent decline due to pesticide and land use conflicts. It describes management actions and presents land use planning practices needed to avoid impacts from ever-present urban development projects.

Sidebar discussions describe behind-the-scenes stories about conducting martin research in an urban setting and address questions that are often posed about the population. The book will be interesting and useful to those concerned about conserving Sacramento’s Purple Martins, including environmentalists, birders, conservation biologists, land-use planners, and decision-makers.

Dan Airola has conducted research and prepared conservation plans for birds, other wildlife, and their habitats for nearly 40 years, especially in California’s Central Valley and the Sierra Nevada. He began studies of Purple Martins in Sacramento in 1991. A Certified Wildlife Biologist, he has published over 70 scientific and popular articles, many of which have involved CV Bird Club citizen-scientist members. He is as the Editor of the Central Valley Bird Club’s journal, Central Valley Birds.

Shipping & handling included in all prices

Thank you for your order! 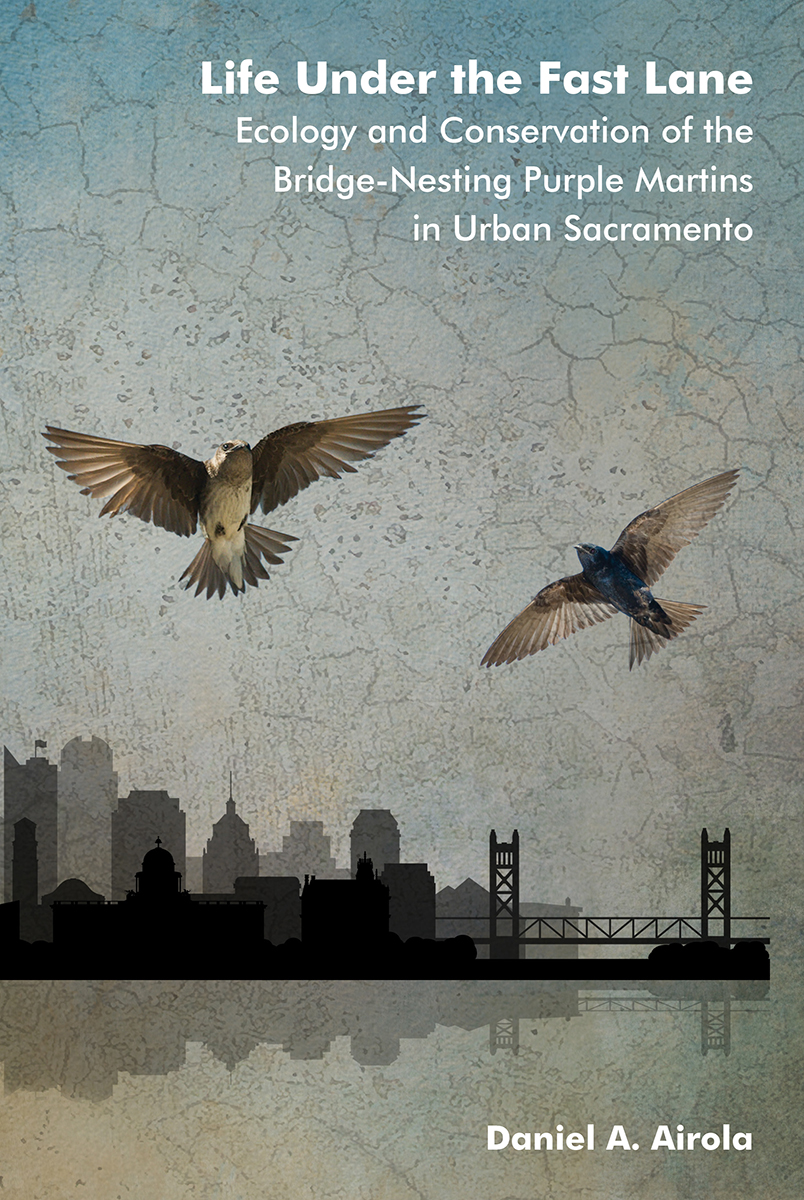 Mail your check & order form to: